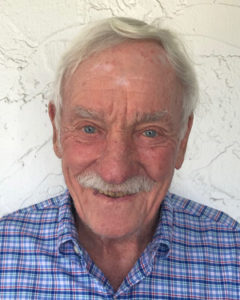 Dave and Barbara started coming to Boca Grande in 1993 and became Florida and seven month residents in 2000.  Barbara started playing party bridge on Boca Grande and soon asked Dave to start playing again, first as part of a couples group and then duplicate  bridge at the Community Center. Dave was on the Board from 2011 to 2015 and rejoined it in 2018. He now enjoys playing duplicate bridge three times a week.